Background Streams and rivers are an important environmental resource and provide water for many human needs. Streamflow is a measure of the volume of water carried by rivers and streams. Changes in streamflow can directly influence the supply of water available for human consumption, irrigation, generating electricity, and other needs. In addition, many plants and animals depend on streamflow for habitat and survival. Streamflow naturally varies over the course of a year. For example, rivers and streams in many parts of the country have their highest (peak) flow when snow melts in the spring. The amount of streamflow is important because high flows can cause erosion and damaging floods, while very low flows can harm fish and [...]

Volume of Seven-Day Low Streamflows in the United States, 1940-2009 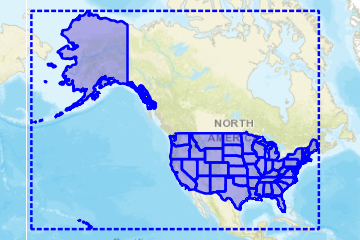