Background: A sequence of gently dipping carbonate bedrock - the Bertie Formation, Akron Dolostone, and Onondaga Limestone crop out along a 2- to5-mile wide band in western and central New York. These bedrock units trend east-west for 250 miles across the State and form extensive carbonate-bedrock aquifers which transmit and yield water from solution-enlarged fractures, bedding planes, and other openings (Olcott, 1995). Bedding planes or sub-horizontal fractures typically are the most enlarged and important water conduits. Karstic features such as sinkholes, swallets, solution channels, and caverns can locally transmit large amounts of surface water into the ground where the groundwater can move quickly and over large distances. Many [...] 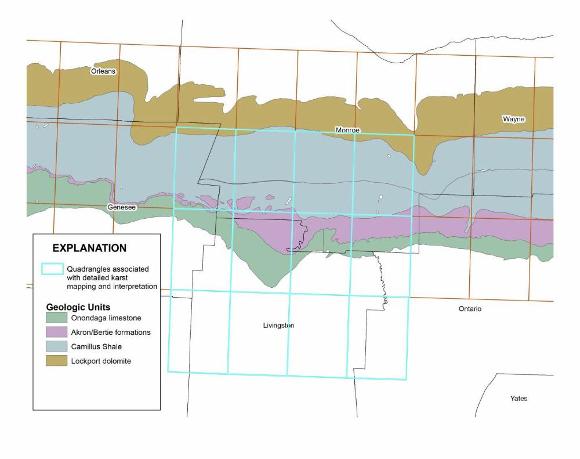 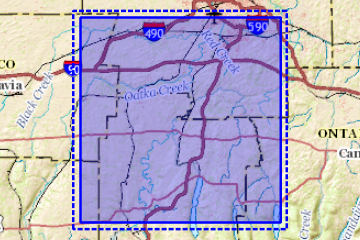