This line feature class is intended to represent streams, ditches, and canals on Refuge Service Lands (RSL) and streams in the Refuge's region of hydrologic influence (RHI) 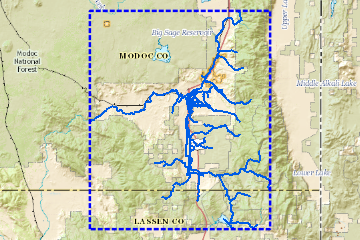