Depressional wetlands in the Columbia Plateau are valuable habitats because they maintain surface water into or throughout the dry summers. The source of that moisture—surface runoff from surrounding areas, or groundwater in local aquifers—may determine if these wetlands are seasonal, permanent, or semi-permanent. Helping these wetlands continue to provide habitat and other services requires understanding how these flooding and drying patterns (their hydrology) have changed in the past, and how projected changes in climate might affect them. The goal of this project was to develop wall-to-wall maps of wetlands across the region, coupled with detailed 30-year hydrographs of historical (1984-2014) fluctuations in water extent for each [...]

The purpose of this dataset is to provide wetland practitioners, natural resource managers with information on historic and future changes in hydrology (i.e. quantity, inundation timing & duration) for small lakes, ponds, and wetlands. 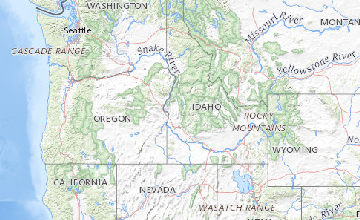