These data were developed to support the Species Status Assessments conducted by the U.S. Fish & Wildlife Service and conservation planning for State, Federal, and non-government researchers, managers, landowners, and other partners for the five focal herpetofauna species. The raster and polygon vector data in the geodatabase are suitable for use in Geographic Information Systems (GIS) or other database and geospatial software. The data provide information on current (as of 2018) predicted habitat suitability for each of the five focal species within their combined ranges in the Southeast. The data may be used to develop maps, perform geospatial analyses, or to inform planning of survey, management, or other decisions in the areas covered by the data. 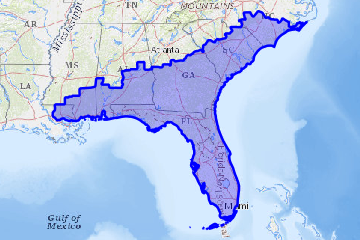