INTRODUCTION • Concerns over the viability of the fractured bedrock aquifer that provides about 1/3 of Rockland County’s water supply prompted a 5-year study by the U.S. Geological Survey (USGS) to (1) define the hydrogeologic framework of the aquifer, (2) assess conditions within it, and (3) identify other potential sources of water for the County. The study was done in cooperation with Rockland County and the New York State Department of Environmental Conservation. • Population growth in Rockland County to nearly 300,000 people has been paralleled by significant hydrologic changes over the past 50 years –water demand and impervious surface area have increased, and sanitary sewers now serve most areas and discharge wastewater to [...]

Summary of Results from the USGS Water-Resource Investigation of Rockland County, New York, 2005-2007

In 2004, concerns over the sustainability of water resources in Rockland County, New York prompted an assessment of the hydrogeology of Rockland County by the U.S. Geological Survey. The investigation included a review of all resources, but focused on the Newark Basin aquifer, a fractured, sedimentary bedrock aquifer over which nearly 300,000 people reside. About 12.7 billion gallons of water were used in Rockland County in 2005, about 35 percent of which was withdrawn from the bedrock aquifer. A regional conceptual model of the aquifer framework was developed and integrated with other hydrogeologic data to define the regional groundwater flow system. Groundwater flow within the aquifer is largely constrained by the strike of the dipping conglomerate, sandstone, and siltstone bedrock units, as the most productive water-bearing fractures are subparallel to the bedding of these units.

Review of pumpage and water-level data from the bedrock aquifer back to 1989 suggests that there has not been a continuous downward trend in groundwater levels across the aquifer. Groundwater levels have locally declined in response to new stresses from production wells, especially when they have been used continuously. The greatest concern regarding sustainability of groundwater resources is the aquifer response to the annual increase in pumpage from May through October (a 25 percent average increase in 2005). Streams are also affected by seasonal groundwater pumpage; nearly all streams in the productive west-central area of the aquifer ceased to flow during the dry late summer of 2005. Annual recharge estimates from 1961 streamflow data range from 15 to 25 inches; this variation arises from differences in precipitation, overburden thickness, and percent of impervious cover across the aquifer. Sustainability of water resources in Rockland County is largely dependent on: (1) the ability to adjust water-use during drought periods and during summer peak-demand periods, and (2) to avoid loss of supply from groundwater contamination. 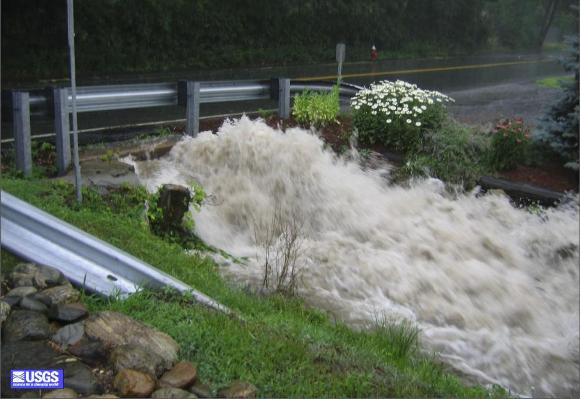 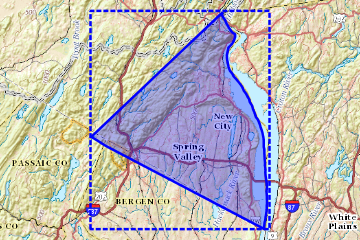